Home Violin How a Violin Is Made

Making a violin is a time-consuming process that requires delicate craftsmanship and expert techniques. Even today, when many beginner violins are made in factories, the violin maker is truly revered.

A typical violin is composed of a body (also known as the corpus), a neck, a bridge, a fingerboard, four strings, and a soundpost. It also consists of various fittings like the tailpiece, the tuning pegs, and endpin. A chinrest is also attached on the violin, either over the tailpiece or to the left of it.

In this article, we will we talk about the steps used in making violins. First, let’s start with a video talking about how a violin is made: 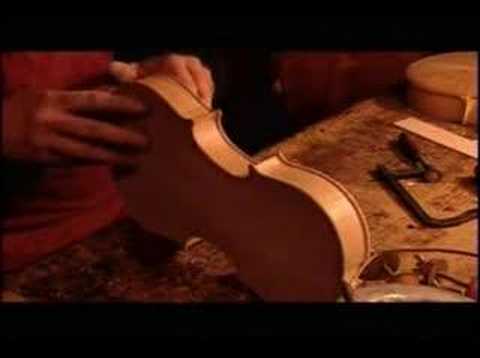 Since the violin is a wooden instrument, all of its parts are made of various species of wood. Usually, most parts of the violin – including its back, ribs, and neck – are made of quarter-sawn maple wood. The species of the maple wood should have a good density and figure, and its grain should be straight. These traits are important since they contribute to the tonal quality of the instrument.

On the other hand, the fingerboard is made of ebony so that it can withstand the constant hammering the violinist’s fingers while bridges are typically made from maple. Its purfling can be constructed with a variety of wood or fiber, or a combination of both. The other fittings are either made of rosewood, ebony, or boxwood.

Now, let us discuss how these parts are constructed.

Body of the Violin

The body of the violin is built using two arched plates which are fastened to the ribs with animal hide glue. You can easily see the ribs on the side of a violin. The ribs are comprised from four corner blocks: a top block, narrow strips called linings, and a bottom block. The body should show a distinct shape formed by a lower bout and an upper bout. To provide clearance for the bow, two concave bouts can be found between each side’s corners from the waist of the figure.

The top of the violin has two soundholes resembling a stylized letter f. These holes are placed strategically between the bouts and lower corners. The placement of such soundholes should be precise because they affect the flex patterns of the top, allowing the box to breathe as it vibrates.

The purfling, an inlaid set of narrow wooden strips, runs around the edge of the top of the violin. It helps give resistance to the cracks that might originate at the edge and gives the violin a stylish look. Moreover, the purfling also allows the top portion of the violin to flex more independently.

Finally, a bass bar is fitted inside the top. This provides added weight and strength to the top plate. The top is then glued to the ribs and linings, allowing future removal with minimal damage.

The back and the ribs are often built with a matching striped figure called flame. The backs are also purfled, however it is generally less noticed than the purfling on the front.

Neck and Scroll of the Violin

In general, the neck is not varnished. However, it is polished and lightly sealed to allow rapidity of shifting and ease of use.

Once the neck is in place, the violin maker carves holes into the box under the scroll for the pegs so that strings can be held in place and tuned.

After careful gluing and positioning of the different parts, the violin is then varnished. There are different methods on how a violin is varnished, including exposing the violin to sunlight for several hours. Generally, a sealer is then applied to the violin. After which, the varnish is coated several times. These may include clear and colored varnish.

A combination of abrasives such as rottenstone and pumice are then rubbed on the violin’s surface. It is worth noting that a part of the neck is not varnished. However, it is stained and smoothened.

Bridge of the Violin

Another portion of the violin is the bridge. The bridge transmits the vibration of the strings to the body. Made of maple, the bridge is accurately cut with prominent slits to hold the strings. It has a curve on its top which holds the strings at the appropriate height, allowing each string to be played by the bow separately.

Violins have an intricate construction. It takes time and talent to build a fine violin that can be used for ages which is why well-made violins that are centuries old sell for millions of dollars.

A common question many violinists have is whether they should buy a handmade or factory-made violin. Here’s a great video comparing the differences between the two types of violins: 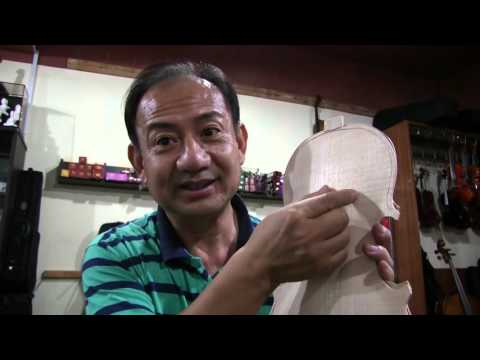 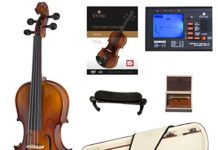 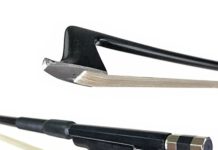 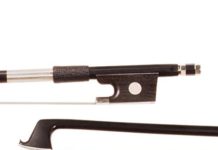 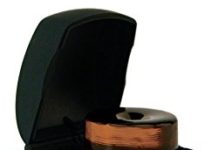