Home Uncategorized Orchestra Arrangement: How Is It Arranged?

An orchestra arrangement is more than just positioning the smallest instrument upfront and the largest ones at the back. Players are seated in a systematic way to bring out the fullest, richest sound of a music piece or arrangement.

What Is the Basic Orchestra Arrangement?

A full orchestra is organized into four sections: strings, woodwinds, brass, and percussion. Each plays a unique role in the overall sound because each group delivers a distinct timbre and articulation style.

The word “orchestra” is Greek in origin, derived from the part of the theater where the performances of musicians and dancers were held. It wasn’t until the 17th century that Claudio Monteverdi pioneered the type of instrumentation that’s familiar in orchestras today.

The dynamics – or relative volume – of each individual instrument in the ensemble is a key factor as well. Besides the orchestra size, the venue of the performance also has a significant bearing on how parts should be arranged.

Strings: The First Row in an Orchestra Arrangement

Strings are always placed in front, closest to the audience in a semicircle around the conductor. This is because they can be easily overpowered by other stronger instruments in the group.

Included in the string family are the violin, viola, cello, double bass, and harp. An orchestra can have anywhere from approximately ten to twenty string players.

How are strings arranged in an orchestra?

From left to right, a traditional orchestral layout is first violins, second violins, violas in the middle, and cellos farthest to the right.

Within this instrument grouping, there are first and second violin parts. The first violins play the melody, while the second violins complement it with harmony and sometimes joining in on more emphasized melodic lines.

Beneath the violins in pitch are the violas, a slightly larger version with a richer tone. Played the same way as the violin, this instrument group is generally responsible for backing up the harmonies.

The versatile cello is known for having the closest likeness to the human voice. These are usually placed farthest to the right, bridging the gap between the rest of the strings.

Since the cello is larger to create its lower sounds, it has to be played sitting upright between the musician’s knees.

Finally, positioned behind the cellos are the double basses. These are the lowest of the strings, providing a powerful bass sound and solid sonic foundation for the ensemble. Like the cello, the double bass is played upright, but you also have to stand up or sit on a high stool instead of a regular chair.

How about the harp?

As a bit of an outlier in the string section, the harp usually sits apart from the rest. Harpists play while sitting, plucking the many strings while resting the instrument on their right shoulder. Orchestra can have up to two harps, each of them playing a combination of melodic and harmonic lines.

Fun fact: Historically, second violins were often placed in the cellos’ spot, opposite of the first violins so the players would be facing each other.

It’s common practice to have other variations in the string section’s seating arrangement, such as swapping out the cellos and violas. It all depends on the conductor’s style and what works best for the compositions being performed.

Woodwinds: The Second Row in an Orchestra Arrangement

Seated in the second row behind the strings are the woodwinds. They are placed there because of their slightly more powerful sound. Woodwinds include piccolo, flute, oboe, English horn, clarinets, bassoon, and contrabassoon.

Within the clarinet section are the B-flat clarinet, the E-flat clarinet, and the bass clarinet. This family of instruments gets its name from the fact that they were once made entirely from wood. Now, a combination of wood, metal, and plastic is used.

All brass instruments are played by buzzing your lips into a circular metal mouthpiece. Depending on playing style, the lips are usually placed so that they come together in the middle of the mouthpiece.

This is with the exception of the French horn, with which the players keep their mouths near the mouthpiece’s top rim. Pitch is controlled using a combination of three or four valves – or a slide, in the trombone’s case.

There are generally around ten woodwind players used in a standard orchestra arrangement. Each instrument is played using some form of breath support, either by blowing into a mouthpiece and causing a wooden or synthetic reed to vibrate or, in the case of the flute, blowing over a hole to produce sound. The pitch is changed by opening and closing holes on the instrument.

Brass: The Third Row in an Orchestra Arrangement

Certainly among the most powerful sounds to assign in orchestra arrangement, brass instruments also get their name from the material that they’re made of. Unlike woodwinds, however, being made out of the material of their namesake is still very much the case for these instruments. Orchestras usually contain about thirteen brass players.

How are brass arranged in an orchestra?

The brass instruments are trumpet, French horn, trombone, and tuba. The brass section sits in the next-to-last row to prevent their sound from overpowering the rest of the group.

Trombones and tuba are placed with the other low instruments. On the other hand, trumpets are lined up behind the higher end like clarinets and violins.

Although not one of the lower brass instruments, French horns are seated on the right-hand side near the trombones. This arrangement allows their sound to reach the audience since the bell of their instrument points backward.

Of all the groups discussed thus far, the percussion section contains the widest range of instruments. Anything that uses a hitting, shaking, or scraping motion to produce its sound is defined as percussion.

The key to playing percussion is fine-tuning the muscle memory for the amount of force necessary to make the right sound and having a strong internal sense of rhythmic timing.

Everything from cymbals, triangles, chimes, gongs, maracas, and tambourines are regularly utilized in an orchestra arrangement. A variety of drums are used including bass, snare, and timpani to emphasize specific beats or create a dramatic effect.

Percussion isn’t all about rhythm, though. Some of these instruments have chromatic capabilities and are used in quite melodic ways. Marimbas, xylophones, and glockenspiel are examples.

Fun fact: Piano is a percussion instrument as its sound comes from wooden hammers striking internal metal strings. Unlike the rest of the percussion group, it is usually positioned much closer to the front. 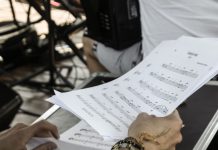 What Is an Opus? 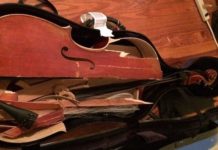 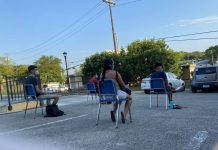 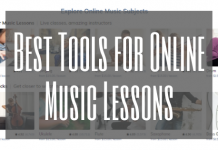 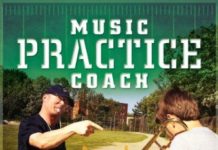 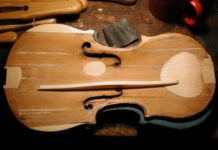 Common Repairs For The Violin