Musical pitch is the sound a note or key on a piano produces. Pitch is measured by frequency, reflecting the number of vibrations that produce soundwaves. A soundwave can be represented on a graph with a series of up and down cycles. Each cycle is a complete vibration. So sound can be measured by the number of vibration cycles in a time frame. The common scientific measurement for frequency is in Hertz, named after a German scientist. One cycle per second is expressed as “1 Hertz” or “1 Hz” and two cycles per second is “2 Hz.”

The layout of musical notes on a piano keyboard is perfectly linear. Standard pianos have 88 keys that begin with what’s called “A0” or “A zero” and go to “C8” pr “C eight”. The A through G notes repeat in a linear manner on a keyboard, as the next octave for A is called “A1,” followed by “A2” and so on. Today’s 88-key pianos span a range of seven and a quarter octaves.

Musical notation goes back many centuries, but it’s only been since the 1930s that western musical systems and instruments were standardized to match specific sound frequencies. It’s important to also understand that the piano has evolved since its introduction four centuries ago.

Low Notes on a Piano

As mentioned, the lowest note on a piano is A0. On some pianos when you press the lowest key it may be hard to hear the low tone, depending on the individual’s hearing range. Most humans have a hearing range from 20 to 20,000 Hz. When you start talking about thousands of cycles per second, you can use the term “kilohertz” or “kHz,” as 1,000 Hz means the same as 1 kHz.

The most concentrated sensitivity of human hearing is in the 2000-5000 Hz range. A modern standard piano covers a frequency range from 27.5 Hz to 4186 Hz, which is all within the spectrum of human hearing. Some pianos might have tones as low as 24.5 Hz. Most musicians usually don’t think in terms of frequencies, but it’s good to know, particularly if you’re going to become a sound engineer or producer. The concept of frequencies or pitch is more easily understood when categorizing sounds in three general groups: low, mid and high.

Highest Notes on a Piano

The highest note on a piano is C8, which reveals the piano features 8 octaves of C, which is a very wide range compared with most other musical instruments. C8 has a frequency of 4186 Hz.

C8 is not always audible to individuals, depending on their hearing range. Chances are good that the average dog can hear the highest pitch on a piano, as dogs typically have a higher frequency range than humans.

One way to deepen your understanding of the piano as a scientific instrument is to apply piano key numbers, aka pitch range numbers, to the keyboard. Some beginners use erasable ink-based marking pens to write all the notes for every key, which helps remind students of the piano’s linear layout and simple progression of notes. Thinking of the piano as a logical instrument helps demystify it, allowing beginners to become more comfortable with it.

Another group of names to help you identify pitch ranges include “bass” for the low range middle C and “soprano” for the highest range of notes. Here’s how these ranges are laid out on a piano keyboard from lowest to highest pitch:

History of Piano Highs and Lows

The contemporary piano we know today was introduced in the early 1700s by Italian inventor Bartolomeo Cristofori (1655-1731). His instrument, though, resembled a harpsichord with reversed black and white keys. There were different mechanical parts for striking strings than what are used today, but Cristofori’s instrument established the foundation for a keyboard layout that has since persisted and evolved.

At the time, Cristofori’s keyboard began with C1, which was two octaves below what is now called C3 or “Middle C.” As the piano grew more popular, there was a need to expand its musical range to accommodate more elaborate classical arrangements. So by the mid-nineteenth century the lowest note on a piano was lowered to F1. As the decades rolled on newer pianos continued to reach for lower frequencies, as low as A0.

The concept of matching specific frequencies with specific piano keys was established in q 1939 international agreement as manufacturers of all musical instruments adopted frequency standards. It was actually the emerging radio broadcast industry led by Britain’s BBC that pushed for this standardization. That’s when A4 was standardized at 440 Hz. The decision was a compromise between fans of great classical compositions and makers of modern wind instruments. In November 1955 this metric was reaffirmed by the International Organization for Standardization (ISO).

Various classical musical compositions have been written to span the entire length of the contemporary piano keyboard from lowest to highest notes. Notable examples include: 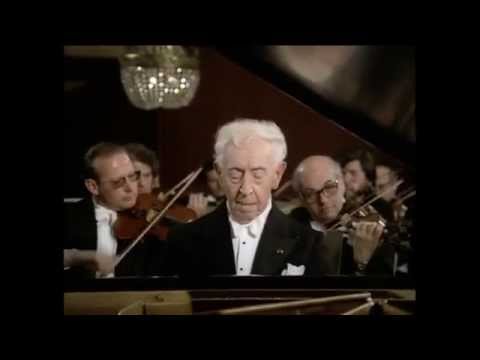 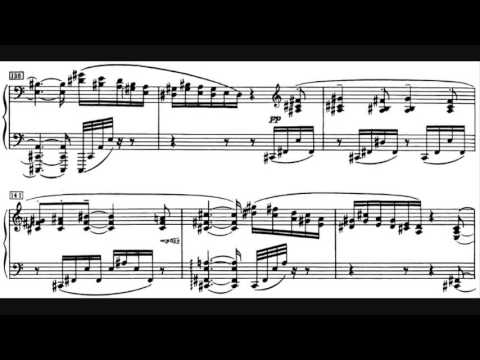 The Development of the 88-key Piano

Indeed, the 88-key “full-sized” piano has become such a key feature of the music of our own time that we often forget how recently the instrument was developed. As virtuosic as they were, figures like Bach, Mozart, and Beethoven never had any instrument remotely resembling the capabilities of a modern Steinway grand piano. In many respects, the full-size 88-key piano that most musicians are familiar with today was very much a product of the later Romantic movement as it spread through Europe in the last half of the 19th Century.

In musical terms, the early Romantic movement was almost singlehandedly revolutionized by Ludwig van Beethoven. After Beethoven, piano playing would never be the same again.

From the Harpsichord to the Piano

Perhaps the defining instrument of the musical era preceding Beethoven’s had been the harpsichord. By our own standards, however, harpsichords are not large instruments and they do not have any dynamic range to speak of. Most harpsichords were also built to a scale of between three and five octaves and were designed to accompany light and airy compositions in the fashion of the day: The music of the Classical era tended to be uplifting because it was written firstly for the glorification of God and secondly for aristocratic patrons.

Because of the necessity of writing for wealthy benefactors in order to earn a living, in fact, Mozart often complained that he was rarely able to write the music that he himself wanted to write. Beethoven was not much younger than Mozart; however, the world had changed very much by the time that Beethoven’s musical star had begun to rise in Vienna, Austria in the years after Mozart’s early death.

Such music often called for a wider instrumental palette than the instruments of the day could provide. For one thing, Beethoven’s compositional style is defined above all else by the use of dynamics. Listen to a symphony or concerto by Beethoven, for example, and you’ll be struck by the variations in volume used by the composer. To wit, a Beethoven piece like the so-called “Moonlight Sonata” played on a harpsichord would probably not work very well.

And although the forerunner of the piano in the form of the “fortepiano” had been around for some time before Beethoven launched his musical career, its development as an instrument was crucial in determining how Beethoven would write his greatest pieces.

With regard to the fortepiano or “loud-quiet” as the term literally means in Italian, the ability for the performer to regulate the volume of the instrument provided composers like Beethoven with a means of expressing a vast array of emotional and musical colors in a piece.

And as later composers like Frederic Chopin took up Beethoven’s freewheeling compositional style in the Romantic tradition, piano-makers strove to create grander and grander instruments.

Later Romantic composers like Claude Debussy in works like “L’isle Joyeuse” went so far as to include the lowest note that an 88-key piano is able to produce; Alexander Scriabin went even further than Debussy and employed the entire length of a modern keyboard from its lowest note to its highest note in some of his works.

While the piano-builders of Beethoven’s time expanded the capabilities of the instrument to suit wider emotional ranges, and the builders of Chopin’s time gave us the first “modern” pianos, it was really the Steinway & Sons piano company that established our notion of the “full length” 88-key piano when the first models of this size were built in the 1880s.

As one of history’s greatest pianists and composers, no less a figure than Franz Liszt was enchanted with the work of the Steinway firm; to this day, Steinway grand pianos are seen as the gold standard in instrument construction.

And yet even full-size Steinways pale in comparison to instruments like the Bösendorfer Model 290. This astonishingly beautiful piano features a keyboard length of some 97 keys ranging from an incredibly low to an incredibly high C separated by some eight octaves. In fact, the Imperial’s tonal range is almost that of what the human ear can interpret!

Understanding the stories behind the lowest and highest notes on a piano helps expand your musical knowledge base. Musical knowledge become more powerful when you discover how piano technology has evolved over the centuries. It puts you in touch with different perspectives that help demystify music theory, acoustics and piano technology. Knowing the physical strengths and weaknesses of any instrument helps a composer write music specifically for that instrument. 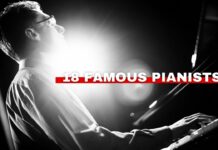 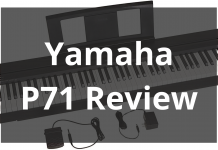 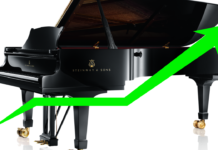 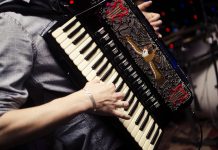 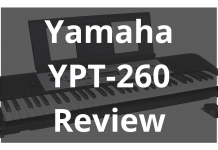 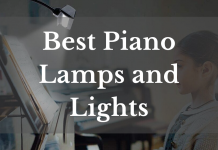 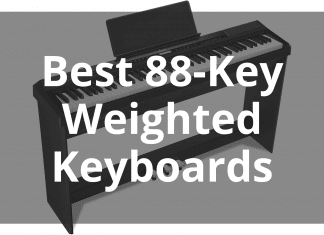