Being the first documented and the longest classical era, medieval music has a distinct sound. As a matter of fact, there are five characteristics of medieval music that make it unique versus other periods. Some of which are still alive today, especially when referring to Gregorian chants.

Here are the top five attributes of medieval music:

Medieval music was very monopolistic. The term “monophony” was first coined in the late 1800s. It refers to music with only one melody line. One perfect example is the Gregorian chant, wherein monks and nuns sung a single vocal melody line. Monophonic music at that time was also unaccompanied.

Polyphonic music was emerging through the late stages of the Medieval era and paved the way for Renaissance.

During the early Medieval music era, there wasn’t a notational system. People distributed music through oral tradition and memory. Romans, acknowledging this problem, introduced signs called neumes. These symbols are usually written above the lyrics or chant texts.

The purpose of these symbols is to denote the rise (acutus) and fall (gravis) of the voice.

Eventually, these symbols became neumatic notation. By the 9th century, it was the primary musical notation. It became “ligatures,” wherein the signs have two or more characters.

Ligatures, as mentioned, used combinations of two original neumes. However, it doesn’t indicate pitch and rhythm. It even doesn’t show the starting note. Its purpose is to specific note count and if the note moved up or down.

Ligatures or neumes were gradually improved for rhythm indication.

Instruments exist even when monophonic music was predominant. However, it’s different from the modern instruments we know today. One example is the Medieval flute. Unlike the modern version, it does not have keys but rather holes.

Aside from flute, many musicians played dulcimer, lyra, recorder, and lute.

These medical instruments are often played in places of worship like cathedrals and monasteries. They were also prevalent at courts of wealthy noblemen and royals.

Troubadours and trouvères abound during the Medieval period. But who are they and what do they do?

Troubadours and trouvères are basically traveling musicians or poet-musicians that came either from the south of France or were usually from a noble class. They brought lutes, psalteries, and other Medival instruments during their travels. And, when they sang they’ve accompanied it with instruments.

Medieval rhythms have patterns called “modal scales.” There were eight modes, but only five of them were more important: Ionian, Dorian, Phrygian, Lydian & Mixolydian. The other three, Aeolian, Locrian & finally Ionian Augmented, weren’t used as frequently.

As mentioned, it was not very rhythmically focused as modern music. It emphasized the pattern of whole-and-half steps rather than a regular pulse in the rhythm section There were no bars or time signatures like we have today.

Music during the Medieval era is very unique. Vocal performances were monophonic, and the use of instruments as accompaniments were slowly becoming a norm. Of course, the Medieval period also introduced using a notation system to help with music recording. 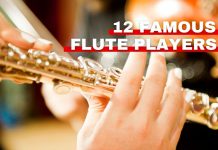 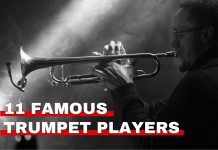 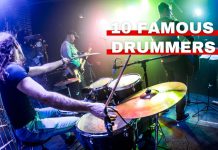 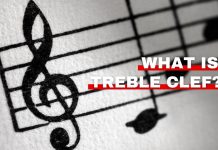 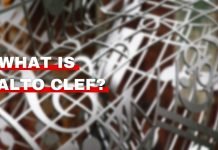 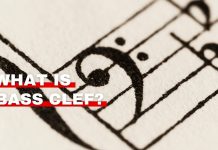 What Is Bass Clef?