If you’ve just picked up a guitar and tried some of the easy acoustic guitar songs around the web, you may have wound up frustrated and confused. We’ve put together a list of acoustic guitar songs for beginners to clear things up for you. We included where to find the songs’ chord progressions and a video tutorial that matches the chords you need to learn.

Many of these songs require the use of a capo. When using a capo, the chord names are really chord forms. One of the video tutorials listed below shows how to get a free capo.

1. All Too Well by Taylor Swift

One of Swift’s most popular songs is back on her re-recorded Red album.

Composed by Mike Posner, he finally let Adam Levine and Maroon 5 record it for their album V. It sounds more complicated than it is. Skip to 9:45 for the version that matches the guitar sheet chords.

3. Linger by The Cranberries

Dolores O’Riordan’s vocal talent was on full display on the Cranberries’ album Everybody Else Is Doing It, So Why Can’t We?

The chords are simple enough to figure out. Check the video for learning how to play the strumming pattern correctly.

You can find this on Adele’s album 25. The song plays straight through until the pre-chorus, where she adds a B minor chord.

This is an easier version of the original found on What’s the Story, Morning Glory?

The introduction and verses follow the same pattern. The strumming patterns will require more practice (and patience!)

There’s a little challenge because of the finger-picking style and percussive tap on the strings, but learning this style really adds a familiar flavor to the song.

7. Back to December by Taylor Swift

Another easy acoustic guitar song by Taylor Swift. The tutorial mixes up a little of the various string instruments heard on the recording.

This song first showed up on the soundtrack for the film Pat Garrett and Billy the Kid. It’s been on every list of easy acoustic guitar songs for decades. Since it’s a ballad, you can pick it up quickly. If you’re having problems singing and changing chords at the same time, learn the strumming first.

Following along with the tutorial, the only chord you need at the bridge is the Bb. The rest can be played as a melody. The biggest challenge is the strumming pattern. To give it some life, you’ll want to add muting in the chorus as they show in the tutorial.

There are several ways to play this and usually it depends on how important it is to play along with the song on their Hybrid Theory album. We’ve chosen the combination that gives you both guitar tabs and a video lesson.

Most of it is a standard G major. The bridge swings to the relative E minor chords and briefly moves to the key of C so we hear a cool bass line cliché.

Released as a single from the album Poems, Prayers & Promises. It’s a legitimate crossover hit, reaching number two on Billboard Hot 100 and number three on the Adult Contemporary chart.

This is an old favorite on lists of easy acoustic guitar songs.

You have just found the easiest song on this list! There are only two chords and the strumming pattern is very basic, too. This is from Cyrus’ Some Gave All album and is credited for the rise in popularity of line dancing.

Speaking of easy songs, Ritchie Valens recreated this Mexican folk song as a Rock and Roll classic. It can be found on his self-titled album. It’s great as an acoustic cover.

14. Marry You by Bruno Mars

Once you learn the pattern of D, E minor, G, and finish with D, you know the whole song. It will only take about one weekend to memorize this tune. The song was never released as a single from the from the Doo-Wops & Hooligans album, but that didn’t stop it from climbing the charts.

It’s a popular proposal song so you should learn in case someone wants you to back them when they pop the question to their true love.

15. All About That Bass by Meghan Trainor

Trainor’s debut single from the album Title. This last song in our list of acoustic guitar songs for beginners gives you the chance to try a barre chord or just stick with using the capo.

Easy Acoustic Guitar Songs – Which One Will You Try?

We hope you have fun working your way through this list of easy acoustic guitar songs. As you improve, experiment with new strumming patterns and barre chords. Learn a new song and chord every week and you’ll be ready for open mic night before you know it. 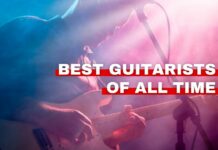 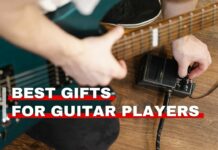 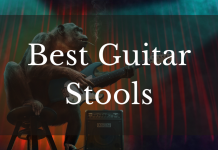 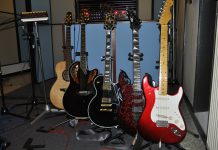 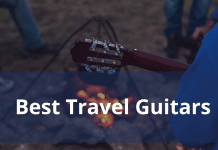 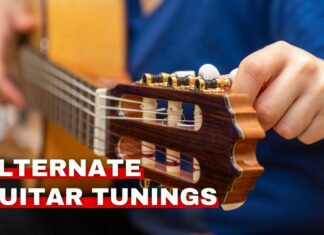 Still have your guitar in the standard EADGBE tune? It's time to mix things up! Alternate guitar tunings like drop D tuning...